FAUG App Download – Recently the Indian Govt has banned 118 Chinese Apps in India including Pubg. But now there is Big News for Gaming Lover from Actor Akshay Kumar who announced an amazing multiplayer action game called FAU – G. As per the reports FAUG App will be available for both Android and iOS device. Here in this post, we have provided all the information about the FAUG App Download, Faug app release date, the feature of the Akshay Kumar game, how to download Faug app game. Avail of the complete information about FAUG App Download and some more info facts about the FAUG game download.

When The PUBG games were banned in India, many new games have emerged. But Akshay Kumar tweeted here today and released the motion poster of FAUG Game App (best PUBG alternative).

FAUG GAME APP DOWNLOAD (best PUBG alternative):  Bollywood super star Akshay kumar has released the first look poster of the multiplayer action game FAUG (Fearless and United-Guards). Created by NCORE Games, this game players will learn about the sacrifices of our soldiers. Akshay Kumar also revealed through his Instagram post that 20% of the revenue of this game will be donated to Veer of India.

Akshay Kumar on Friday (September 4), announced a multiplayer game FAU-G, which is supporting PM Narendra Modi’s Atamnirbhar movement. He announced the launch of the multiplayer action game FauG as part of Atmanbir India.

Supporting PM @narendramodi’s AtmaNirbhar movement, proud to present an action game,Fearless And United-Guards FAU-G. Besides entertainment, players will also learn about the sacrifices of our soldiers. 20% of the net revenue generated will be donated to @BharatKeVeer Trust #FAUG pic.twitter.com/Q1HLFB5hPt

Recently, the Indian government has banned 118 Chinese apps, including PUBG, with several Indian-made apps now getting attention to cover users. FAUG is known as the alternative of PUBG. This is an Indian developed app which Will be similar to PUBG (Players Unknown Battle Ground). faug app download

The application is yet to come on Google playstore (Android users) and App Store (iOS users).

Dayanidhi MG, co-founder, and CEO says, “We have in-depth experience in various genres, especially mid-core games. We managed genre-defining MOBA games, such as SuperAvil Megacorp’s Valingori, for audiences around the world. We have also worked with global studios like Rovio. We have an experienced team and are constantly expanding to bring together the best talent to play the game that Indian gamers can relate to while playing. “

Currently, there is no definite information about this Faug App, but according to the report the FAU-G apk download will be a multiplayer game, same as PUBG. The nCORE which is Bangalore-based company Games will release this game. In addition to entertainment, players will learn about our soldiers’ sacrifices too. Bharat Ke Veer will receive 20 percent of the net revenues generated from this Faug app. it is expected that FAU-G maybe launch at the end of October with its first-level set in the backdrop of the Galwan Valley followed by third-person shooting gameplay in the releases that follow. The Fauji game will be avilable on Google Play Store and the Apple App Store.

What does FAU-G stand for?

You may be thinking what is the full form of FAU-G is, so let me tell you that its full name is Fearless And United: Guards. Looking at the poster of the game, it is believed that this could be a game of PUBG collision.

There was a lot of craze among people regarding PUBG Mobile in India, but now after the PUBG ban, now the developers in India have the opportunity to launch their Battle Royal Games. Bollywood actor Akshay Kumar has tweeted and introduced the new action game FAU-G, supporting PM Narendra Modi’s self-reliance movement.

What is FAUG, How to download and Play FAUG

The game will be based on real scenarios by Indian security forces to deal with both domestic and foreign threats. The game is expected to launch in late October as its first level sets were in the Galen Valley backdrop, followed by third-person shooting gameplay in the release. The game will be available on the Google Play Store and Apple App Store.

Founder and Chairman of the gaming publisher, Vishal Gondal, says, “It is a matter of great pride for PM Modi to respond to this and present a world-class game to the world, which will not only help gamers fight in a virtual setting.” evil; But by supporting our martyrs, also contribute positively in nation-building. “

You have to wait a bit to download the FauG game app. Right now the motion poster of the FauG

To download the FAUG Game, now you have to wait for a few months because its motion poster has just been released. There is still time for the game to be released.

The FAUG  Game App will be available soon for both Android and iOS platforms.

game app has been released by superstar Akshay Kumar as we told you above.

How to install FAUG Game Apk.

You can also download military games from the play store. But from the link given in our site, you can download how to install below. the link will be available after the launch.

FAU-G is an Indian alternative to the most famous online multiplayer mobile game PUBG Mobile. The game is to be launched by the end of October.

The announcement of the game by Akshay Kumar has generated such publicity among gamers and the gaming community. Many people were shocked to hear that the Government of India banned PUBG in India. Everyone was asking that PubG is banned in India? So for gamers of the country, FauG is about to launch soon which can be downloaded on Android and iOS devices. Learn how to download Fau G Apk.

How to Download FAU-G ( Fauji) Game on iOS Mobile

The approximate size of the Faug Game is said  to be  around  1.5 Gb for Android and 1.8 Gb for iOS mobile devices  . The game is said to be launched before the end of October.

No military trailer has been released yet and the only information shared by the military game developer includes the FauG game app motion poster released by Akshay Kumar.

Who is the Developer of FAUG

The owner of the Fauji game app or FauG game app is Vishal Gondal. However, the game Comes under the advice of Bollywood actor, Akshay Kumar. The Fauji launch date has not yet been announced by the company, but it is expected to be launched before the end of October.

The same is true for PUBG. With the ban, an app like FauG game will get a boost. But will they be able to replace international brands with their quality and user experience can be seen.

It is all about the FauG game. We will bring you all the updates over time. keep coming.

1. When is FAUG App Release Date?

The FAUG game will be soon available on Google Play Store and App Store.

3. Can I watch FAUJI Game Trailer?

Yes. You can watch FAUJI Game Trailer from above this this article.

So the wait for all you pubg lovers is over and the Indian Indian government will launch Made in India FAUG GAME APP DOWNLOAD (best PUBG alternative) . How do you like this news to people, please tell us by commenting. 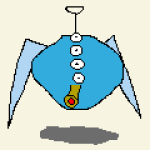